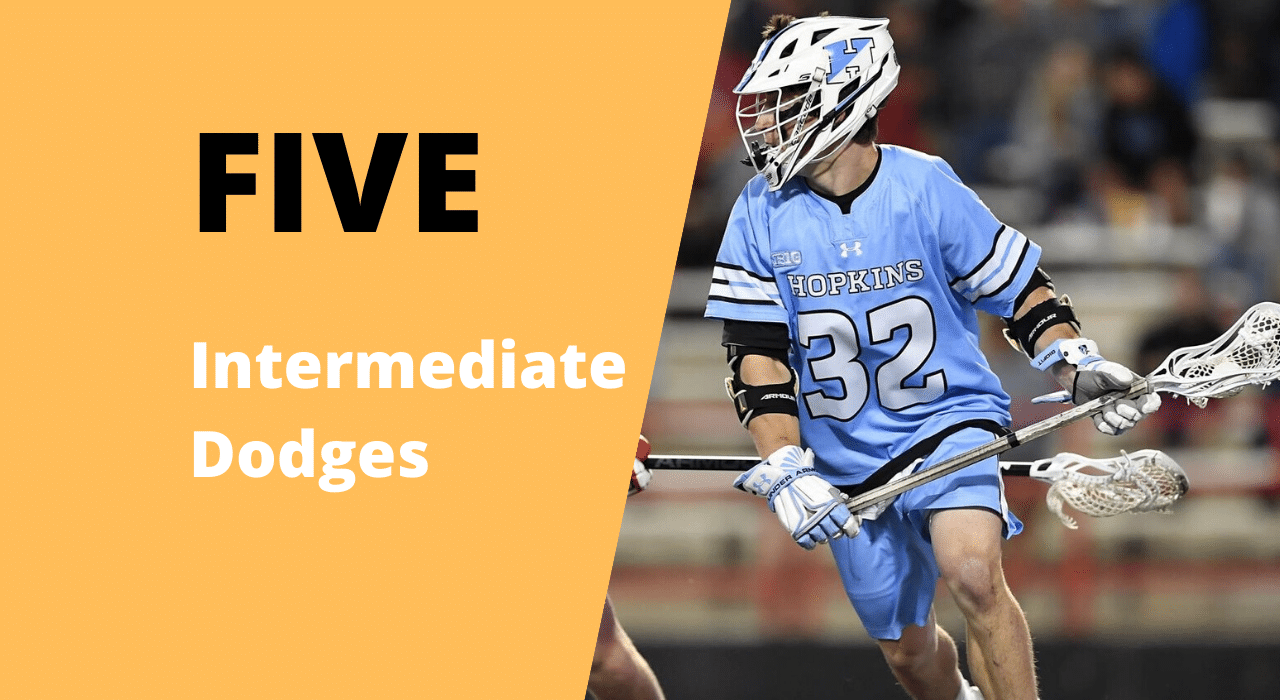 Hey everyone it’s Jake with Lax Weekly. Today I’m going to be doing a part 2 of the top 5 best lacrosse dodges you can do. These are more advanced dodges than the first 5, and I’ll show you exactly when to use them and what kind of players will find them most effective.

I’ll also tell you current college and pro players who do this dodge well so you can study their film. If you’d prefer to see a video version of this article, check out this video on my YouTube channel:

Whether you’re a beginner or advanced player, you’ll get a lot out of this article and I think you should take notes and rewatch the article multiple times to fully grasp everything.

Before we start, would you mind if I sent you an email each week with film breakdowns and drills to become a better lacrosse player?

If the answer is yes, please go join the Lax Weekly email newsletter down in the description. Almost every week for the past month it’s doubled in size and it just makes me so happy seeing all the positive feedback you guys have been giving me.

So to do this dodge, start out just like you’d do an inside roll – you drive up towards one side of the cage and plant your foot like you’re rolling underneath. But as you’re about to do that roll, dodge, you quickly plant back upfield. Your defender will be completely out of position and you can turn the corner and finish.

Like I said before, the best time to throw this move is when you’ve already done an inside roll. Even if you didn’t score on the inside roll, just the fact that you tried it means the defender thinks you’ll do it again. So when you go to do the next inside roll, your defender will get lazy and automatically be out of position. That’s when you cash in and do the rocker step.

I always think of the rocker step just like a post in basketball. They are trying to get their defender to commit to one side and then they go the other way.

Honestly the inside roll and rocker step could be the only two dodges you ever use in a game. You’re playing mind games with the defender – he has no clue which move you’re going to do. He just has to guess and hope that he’s right. And as you get better and better at the move, you can feel out where your defender is putting pressure on you and throw multiple rocker steps and fakes.

Big physical attackman will love the rocker dodge as you can use your size to really throw the defender off balance. Try out the rocker dodge in your next practice and see what happens. Big bodies like Matt Rambo or Dylan Molloy love this move.

The #2 dodge is another counter move called the hitch dodge. This move is a counter move to the face dodge that we talked about in the first article, and it’s absolutely lethal when done in the right way.

When your defender is running at you, you plant your foot down like you’re about to do a face dodge, but you quickly explode upfield and instead of bringing it across your face down field. The defender will be completely thrown off and you’ll have your hands free for a shot.

Just like the face dodge, the hitch dodge is most effective when you’re off ball. When you catch the ball from your teammate, the defense will start running towards you. When you hitch, it freezes the defense and buys you time to move up field and score.

So, at the beginning of a game throw a face dodge like you would normally. The next time you get the ball, do a hitch. Your defender will be confused and not know what to do the next time you catch the ball. That’s why counter moves are so effective, it leaves the defense guessing.

Every offensive player will love this move. It doesn’t matter how big or small you are, this is one of the most proven moves out there. The next time you watch a college lacrosse game, I can almost guarantee one goal will come from a hitch. If you want to look at someone who does it well, midfielders like Deemer Class or Tom Schreiber are excellent.

To do this dodge, you’re gonna start exactly like the question mark. Drive up towards one side of the cage, step out and around and…as you’re about to shoot, throw a little pump fake and just pause. If you did it right, the defense will start running towards the inline like you shot the ball. But in reality, you have it right there in your stick.

The question mark fake is one of the most impressive moves out there, and it’s really not that hard to do. It’s always confused me why people don’t use this move more.

If you do a regular question mark just one time, I guarantee the defense will have no idea that a fake is coming. Even if you sail the shot wide by 20 yards, the second you turn around they’ll think shot. Then when you fake it, you’ll have room for days to shoot and score. If you want to see someone who does it best, look no further than Rob Pannell.

Next up at #4 we have the bull/speed dodge, and this is all about taking advantage of your physical abilities. If you’re lightning quick, sometimes it’s best to not think too hard about dodging, just use your speed to run past a defender in score.

The best example of this is Jordan Wolf. The guy is one of the best attackman in the world, and also one of the least complex dodgers. Because he doesn’t have to be. He simply uses his ridiculous speed to sprint past defenders and score.

Every fast attackman should pour over as many Jordan Wolf highlights as possible. I don’t think there’s anyone else as close to as good as him in terms of speed.

And then there’s the bull dodge. This is when you take advantage of the fact that you’re a big man and bully your defender with your shoulder, almost like running back Marshawn Lynch would do in football.

You have to play to your strengths, and the bull dodge is all about that. Look at a guy like Matt Rambo. He’s a highly skilled player, but many of his goals are scored by just him bullying his defender around. There’s no special footwork, just leaning in and getting physical.

Another great bull dodger is Sergio Perkovic. The guy constantly leans in with his shoulder, steps back, and shoots.

If you’re not extremely fast or big, don’t worry, I have the move for you. At #5 we have the finalizer. This is one of the most deadly moves in lacrosse.

The finalizer is all about taking advantage of that little triangular part at the back of the goal. It can trip up defenders and get them out of position if you play your cards right.

To do this move, you start by doing a split dodge at x. As you’re going up one side of the cage, roll back and drive up the other side. But right as you cross that little triangular piece of the goal, you do a split dodge back towards the side you were originally going to. If you time it right, the defender will be tripped up and you have any easy way to score.

The finalizer can be used by anyone because it’s way more about footwork than raw speed or strength. My man Joey Epstein from Johns Hopkins is one of the best at doing the finalizer and dodging at x. You can go watch countless Johns Hopkins highlights  where he would tear up defenders from behind the cage.

So my first top 5 dodges article was about the essential moves you needed to learn, and now these are the counter moves to those dodges. Having go to moves and counter moves is going to make you a significantly better dodger and leave your defender guessing what you do next.

If you want to see even more great dodges, you should join the Lax Weekly email newsletter where I send out the latest techniques and moves for offensive lacrosse players looking to get better. More than 1,000 people already have.

If you have any questions or feedback, you’re always welcome to leave a comment and I will make sure to get back to you quickly.

Have an awesome day, I’ll see you next time.

Beginner Lacrosse Guide: Everything to Know