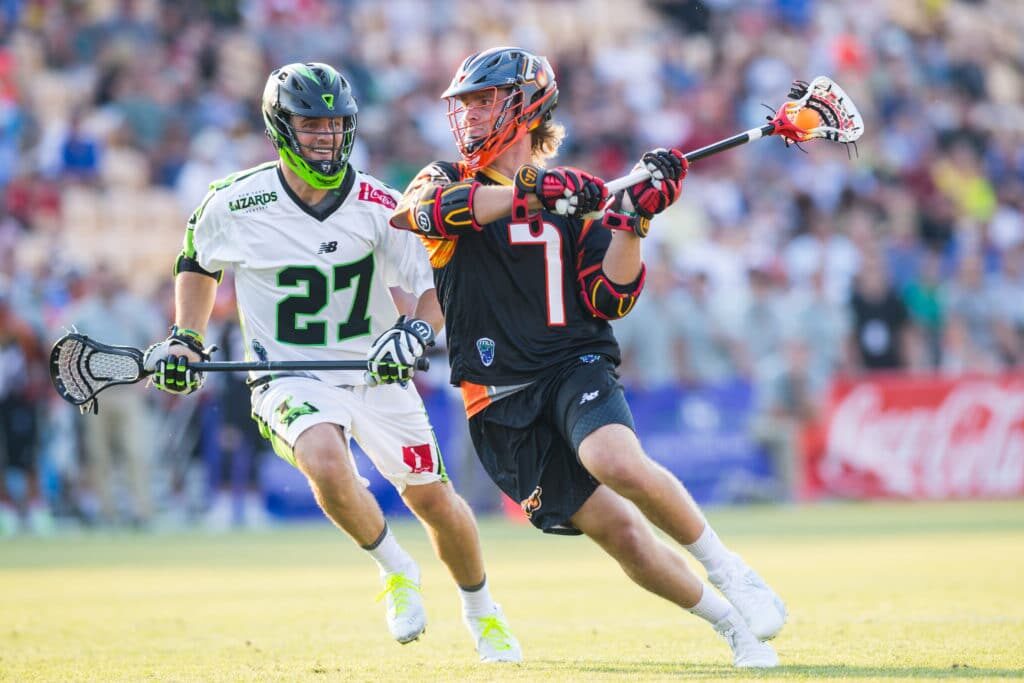 Deemer Class is one of the best midfielders the game has seen. As a fantastic shooter and offensive threat, Class has torn up defenses from High School to the MLL. He and long-time friend Ryan Brown have teamed up to create RBDC lacrosse, a company committed to creating and developing the next generation of lacrosse players. We were fortunate to talk to Class about his coaching philosophy and lacrosse story.

As players, Class and Brown are both great dodgers but they have made names for themselves with their ability to shoot. “We treat it as a craft. When we are coaching kids, we realize at some point shot speed might be capped by physical ability but technique can always be taught.” Speaking of technique, many people in the lacrosse community would agree that both Class and Brown have the best shooting strokes in the MLL. Now through RBDC, they are able to teach their lacrosse knowledge to players of all ages.

Class has a passion for improving his game. Even while coaching, he’s looking for ways to improve his lacrosse skills for the next MLL season. “We love the aspect of developing. As a player, I always have a hunger to get better. When we’re coaching with RBDC, we find players that want to do the same thing.” Class said one of the biggest things he emphasizes while coaching is that you’re never too good to get better. “I tell players that I made the biggest adjustments to the way I shoot after my senior year in high school. I knew I was going to Duke, I was an all-American, but I didn’t focus on that. I focused on getting better.”

Class says the reason he has continued to have success in lacrosse and the business world is through his work ethic and passion for the things he’s involved in. “I try to network, pick people’s brains and find the ins and outs of what I’m working on.” He learned to do this during high school when he played lacrosse, football and basketball. “It carried over at Duke on the lacrosse field and also allowed me to earn an internship and full-time job in NYC prior to pursuing RBDC full time.”

During Class’s freshman year at Loyola Blakefield, lacrosse was his third favorite sport behind football and basketball. Throughout high school, his passion and love for the sport grew through his experiences.  As Class reflected on his favorite times playing lacrosse he mentioned “going to Vail with FCA, creating summer teams that went to tournaments in Lake Placid and Ocean City, playing at Duke and now playing for the Atlanta Blaze.” Players like Deemer make the lacrosse world a better place. Whether he’s developing the next generation of star players or we’re watching him on TV, he continues to be dedicated to the game he loves.

“I’m honored and humbled to work with younger players. Ryan [Brown] and I make sure we are giving the best of ourselves while coaching for RBDC. So many opportunities have come from playing this game. I’ve been really fortunate.”