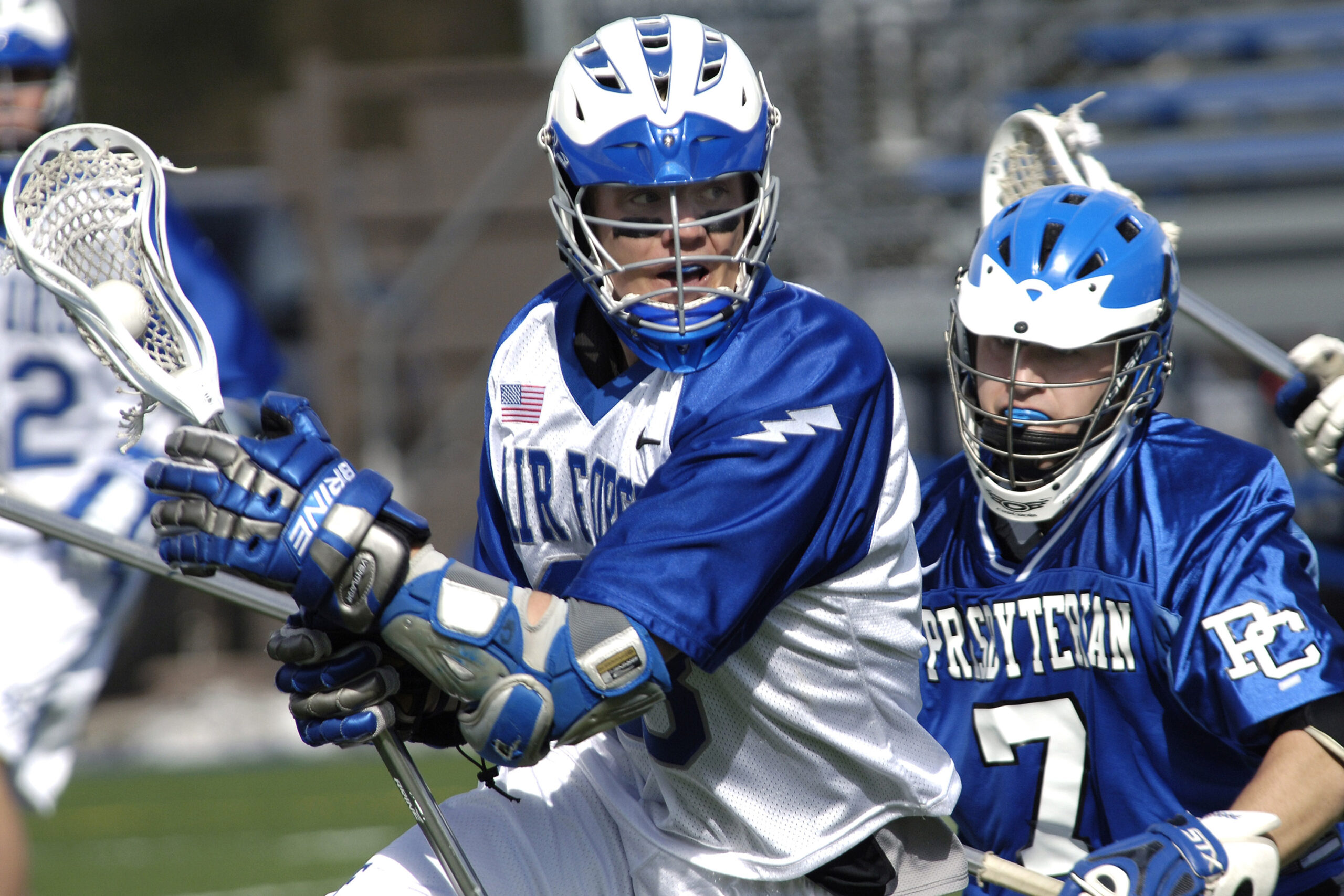 Are you a new lacrosse player or fan? If so, the rules of lacrosse can be quite confusing.

Do not worry, I’ll make it easy! Today I’ll tell you all the basic rules of lacrosse so you can play or watch lacrosse without wondering what’s going on. You will be up and running on lacrosse rules in just a few minutes.

There are 10 lacrosse players allowed on a field at once – 3 attackmen (forwards), 3 midfielders, 3 defenders and 1 goalkeeper.

Attackmen are similar to forwards in soccer and (most of the time) can only stay on the offensive half of the field and not cross over the middle line of the field.

Midfielders can go on either half of the field and play both offense and defense.

Generally, defenders can only stay on the defensive half of the field and cannot cross the middle line of the field.

How a Winner in Lacrosse is Determined:

The winner of a lacrosse game is determined by who scores the most goals. Each goal is worth 1 point like soccer. In professional lacrosse, there is a 2-point arc.

Each lacrosse game is split into 4 quarters, with a short break in between each quarter and a longer break during halftime. If a game is tied at the end of regulation, there will be an overtime period to determine a winner.

At the start of each quarter and after every goal, there is a face off. A face off is similar to a jump ball in basketball or a face off in hockey where two players battle for possession of the ball.

Out of Bounds (Very Important):

Only 6 non-goalie players are allowed on each half of the lacrosse field. If there are more than 6 players, an offsides penalty will be called. A defender can cross over the middle line IF a midfielder stays back on the defensive side of the field, keeping the number of players on one half to 6.

If you commit a penalty in lacrosse, you must sit out for a specified amount of time determined by the referee (usually between 30-120 seconds). This creates an advantage for the opposing team. Here are the most common penalties:

Slash: This is when a player hits another player in the head with their stick, or hits a player’s body without intention of getting the ball.

Illegal Body Check: This is when a lacrosse player hits another player from behind

Tripping: When a lacrosse player uses his lacrosse stick to trip over another player.

Just like hockey, you can actually go behind the lacrosse goal while still being in bounds. This area of the field is called “X.”

This is the circle around the goal that the goalkeeper stays in. Players cannot make contact with the goalkeeper while he is in the crease. If an offensive player steps inside the crease, the other team gets possession.

Much like hockey, lacrosse players can sub in and out during the game without stopping. Each team has a box that players enter in and out of.

Players cannot push off or “ward” a player with their hand, just like basketball. If a player wards, the other team gets possession.

Your level of play determines whether the clock stops or runs during out of bounds calls or timeouts. Generally the higher levels of lacrosse have stopping clocks.

These are only the basic rules of lacrosse. There are many more rules and regulations that you can check out at US Lacrosse.