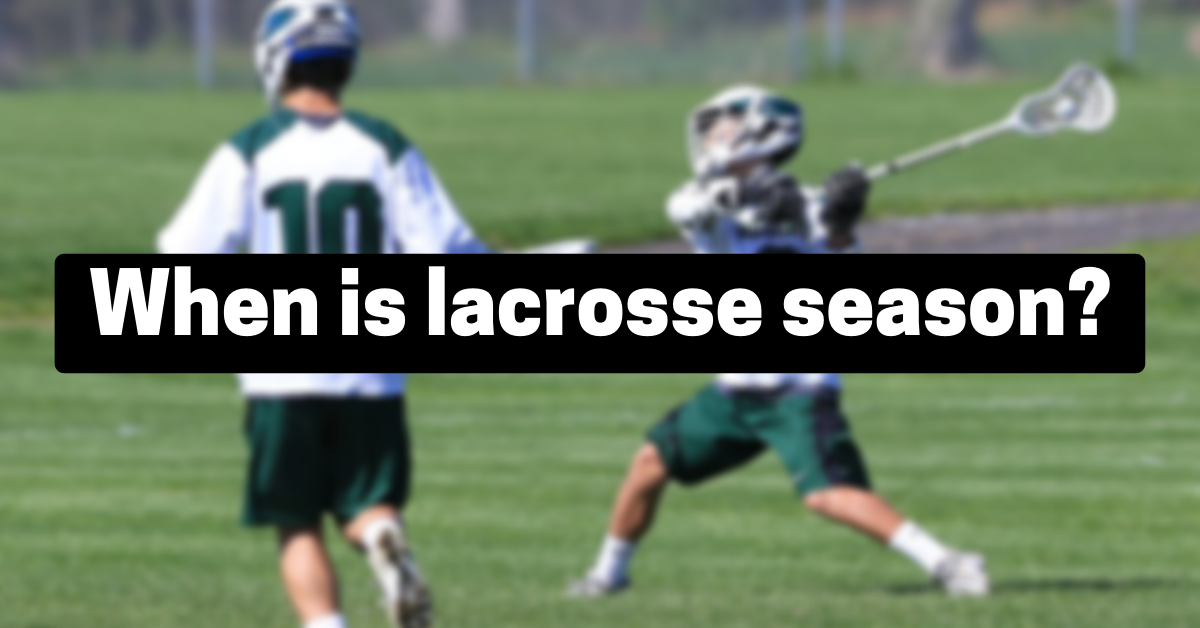 When is lacrosse season?

Lacrosse season is during the spring. It starts in early February and ends in May.

This is the case for most lacrosse players, however, each level of lacrosse has its own start and end time.

Here’s a breakdown of the lacrosse season by skill level:

The high school lacrosse season starts in late February and ends in late May.

Exact start times can vary by state, so make sure to look up the season for your league.

For example, I live in Texas and our lacrosse seasons started in early February and end in mid May. For my friends in other states, the season didn’t start until late March and ended in early June.

Thus, college lacrosse is a spring sport. Here’s a breakdown of the season:

After teams play a number of regular season games, they play in a conference tournament. For example, Duke and Virginia lacrosse are in the ACC, so they compete in the ACC lacrosse tournament.

Winners of the conference tournament have an automatic spot in the playoffs.

Even though lacrosse games are played in the spring, there is a large amount of practice and preparation done in the fall. You’ll hear people call it “fall ball.”

Pretty much the moment lacrosse players step foot on campus, they are training for lacrosse. This could be in the form of captains-only practices, lifting sessions or individual shooting sessions.

Most college lacrosse teams will also scrimmage other teams in order to prepare for the real season.

There has certainly been backlash from lacrosse coaches and players with such an early start to the lacrosse season.

With many lacrosse schools in the Northeastern US, February games are often played in the snow and ice. This is certainly not ideal weather to play lacrosse.

And don’t forget about the summer. Even though lacrosse players aren’t in school, they are almost certainly following some sort of training program given to them by their lacrosse coaches.

Many of the fitness tests happen when players get back in the fall, so players must stay in shape in the summer and train.

Youth Lacrosse season is shorter than other levels of lacrosse. It usually happens from early March to mid May. Practices begin a few weeks before games start.

The Premier Lacrosse League is the sport’s most popular league. It starts at the tail end of the NCAA lacrosse season and ends during September.

Thus, PLL lacrosse is a summer sport. Here’s a breakdown of the season:

With the small number of teams in the PLL (8 teams as of now), it wouldn’t make sense to split the teams into conferences, so there isn’t a conference championship.

In addition to the normal lacrosse season, each PLL team hosts a training camp 2 weeks prior to the start of the season. This gives the teams an ample amount of time to develop chemistry and strategy before they start the season

More serious lacrosse players tend to play for club teams in addition to their high school team. These club teams give players the chance to get recruited by college lacrosse coaches and sharpen their skills outside of school lacrosse.

Most club lacrosse teams play in the summer and fall. During the summer, lacrosse players travel from all across the country to different lacrosse tournaments.

A majority of the “big” tournaments take place in East Coast states such as Maryland or New York.

When I played club lacrosse, I spent my summers traveling all over the country to Colorado, Virginia, North Carolina, Massachusetts, etc.

During the fall, club teams play in local tournaments since school is in session. Fall lacrosse is more important than ever with recruiting.