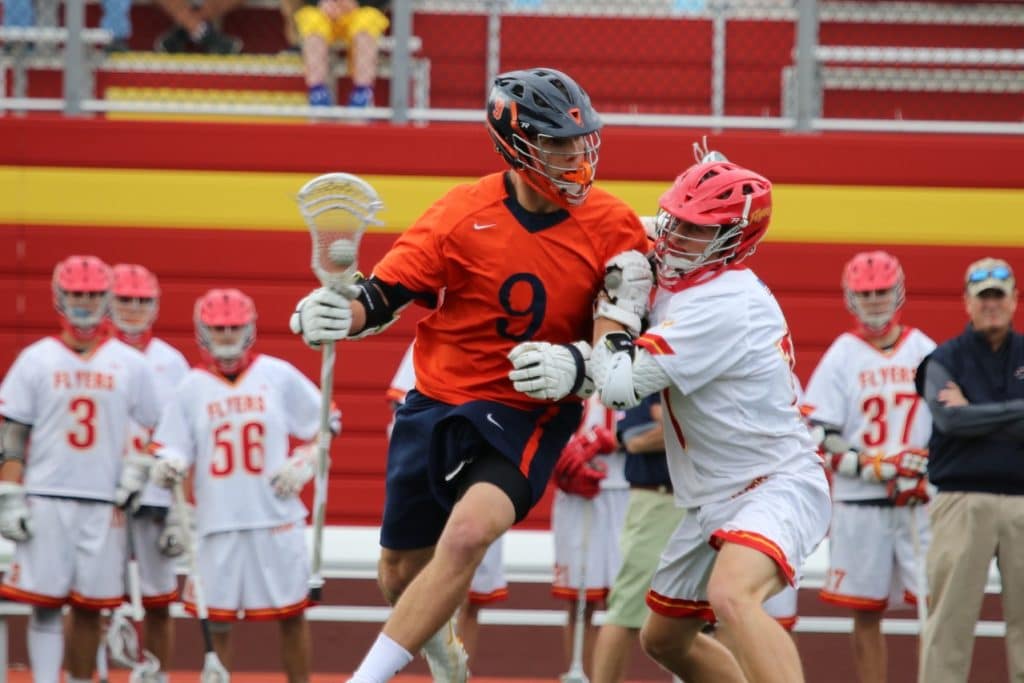 Luke Postiglione grew up in the storied lacrosse town of Manhasset in Long Island. Even after putting in a ton of work in the gym and on the lacrosse field, he did not immediately see the fruits of his labor. Even though he was a “late bloomer,” Postiglione never got discouraged and continued to push forward. His hard would pay off when he committed to the University of Hartford, a team who has continuously improved in the Division One lacrosse ranks. Here’s what he had to say about his recruiting process:

“I was determined to improve and spent countless hours training on the turf and in the gym, as well as in the classroom. Trying to keep up high grades while also training and attending prospect and recruiting camps was vigorous. At the end of sophomore year, I received a lot of attention from several D1 Programs and realized that my hard work was paying off.”

When a recruit is trying to choose a college to attend, many people advise to base the decision on non-lacrosse factors. Postiglione followed this advice perfectly, choosing Hartford for academic reasons. “Hartford’s Business School and the Accounting program are a great fit. I can graduate with a Masters in Accounting in five years, which really appealed to me.”

Manhasset is consistently a top-tier high school lacrosse program in the nation. I asked Postiglione to describe his lacrosse community:

“Lacrosse has always been like a religion, where many generations of families are involved at all levels. Training begins in Pre K and never stops. It’s a year round regiment and my best relationships were made on the field. The Manhasset Lacrosse standard is to be a top D1 level recruit. Competition to start on varsity is fierce, with the field being comprised predominantly of top committed players. Some high school games draw thousands of spectators and are televised.  The level of play is fast and powerful and I am very proud to have been a first line midfielder and to have played at this level of intensity. The experience I have gained is invaluable.”

With his physical dodging ability and powerful shot on the run, Postiglione has the opportunity to thrive in the America East conference. I look forward to watching him for years to come.