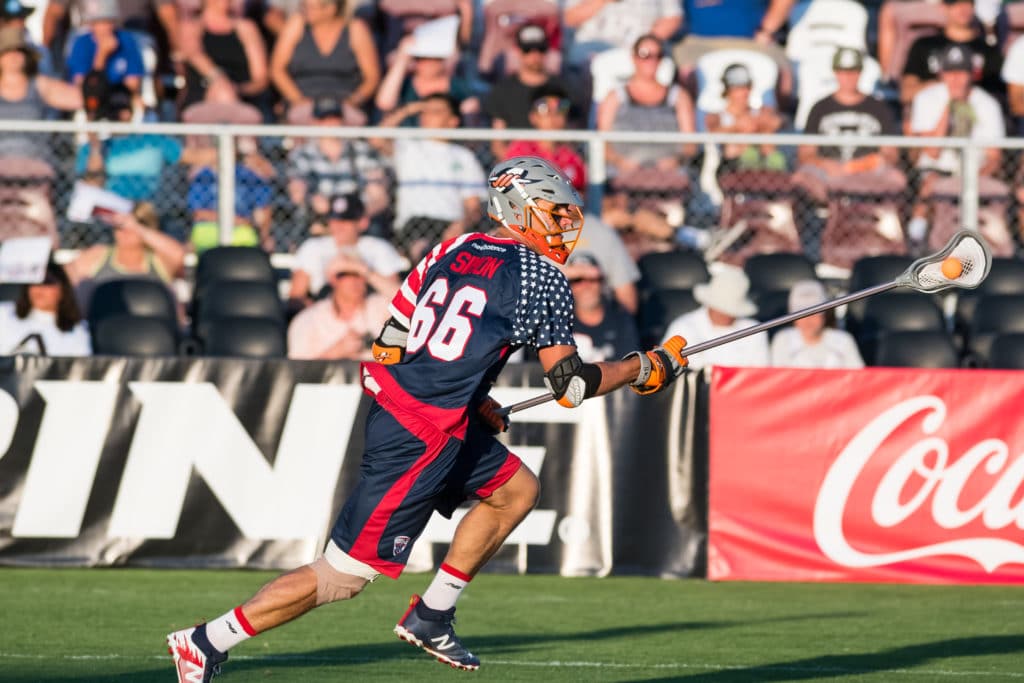 What have been the highlights of your lacrosse career?

It is hard to pick just one highlight as I have been so fortunate to be a part of 5 MLL Championship teams. However, the 2012 Championship is one that I cherish the most. Up until that point I was a practice squad player fighting to earn a game day roster spot. With only two games left in the regular season we had a starter get injured and I had an opportunity to dress.  I wound up playing well enough in the final two regular season games that the coaches wanted me to play in the playoffs. I played a pivotal role in helping the Bayhawks capture their second title in three years and from that point I have been a starter in the MLL.

What is the Denver Outlaws culture? How is the MLL culture in general?

The Denver culture has always been team first, individual second. We have been in the championship 3 of the last 4 years. Compared to some other teams in the league I don’t think we dress the best 19-man roster week to week. Instead we dress the right 19 week to week.  Guys who prefer to see the team succeed rather than themselves. The end result is a lot of unselfish play and great team lacrosse.

I still remember Coach Dave Cottle, who was the head coach of the Bayhawks during my time there, saying how important it is to get guys on a MLL team that truly care about each other. During my time with Annapolis and Denver both teams have embodied this attitude and it has paid dividends.

Being a veteran in the league, what’s your biggest take away from all the lacrosse you’ve played?

I try to impact someone behind me in a positive way. Some guys might see rookies as a threat or someone that needs to be put in their place. I try mentor young players and make them feel welcome. I learned this approach from faceoff legend Anthony Kelly who mentored me throughout my career, even when I played on opposing teams. At the end of the day lacrosse is just a sport. It really about people and making lasting connections.

How is it being a former D3 player in the MLL? Do you feel like there’s a gap at all between the talent in D1, D2 and D3 players?

Sometimes when I am struggling preparing for the season or feeling ungrateful about my opportunity to play professionally I remind myself how fortunate I am to be in this position.  Making the jump from DIII to MLL is not an easy task but there is certainly a contingent of individuals that paved the way ahead of me and that continue to follow behind me. I am extremely proud of my DIII collegiate career and love representing Stevenson in the league.

I would say a lot of the top players from the top DIII teams are just as talented as top players in DI. The difference, for the most part, tends to the size and athleticism of the player. The good thing is size isn’t everything in lacrosse and there have been a lot DIII guys who might be considered undersized from DI standards who have gone on to be All-Star MLL players.  With that being said, I am 6′ 5″ so that was never personally the challenge I faced coming into the league but just one I observed overall.

What’s your recap of the 2017 MLL season with the Denver Outlaws?

Ending your season on a loss is never fun, especially in a championship game. While I know the loss will continue to haunt me I have to remind myself how fortunate I am. That was the 6th time in my 8-year career that my team was playing for a championship and it was the first time we took a loss. So, at the end of the day I have been on the positive side a lot more than the negative. What I do truly regret though is all the rookies and new players that have yet to experience the joy of being a champion. Even though I will be 31 years old this season, I am committing myself to working harder and having my best season yet so I can help those guys hoist the trophy at the end of the season.

How much longer do you plan on playing in the MLL?

I think I have some good seasons left in me. I haven’t really put a number on it. At the conclusion of every season I take a few months to evaluate my state of mind to make sure I can commit to giving 110% to my teammates the following season. When I don’t think I can commit my best effort any longer then it will be time to hang them up. With that, you can count on seeing me again in 2018.

Do you often think about how cool it is to play lacrosse at the highest level?

If I wasn’t playing professional you would see me playing in club leagues and tournaments.  I love lacrosse and get so much satisfaction from competing. To be able to compete at the highest level is truly special and not something I take for granted. As I mentioned earlier, if I am ever feeling unmotivated or ungrateful I just remind myself how lucky I am.

What do you credit your success too? Who do you look up to on and off the field?

I surrounded myself with other, like minded, driven individuals. My best friends and former Stevenson teammates Greg Furshman and Jimmy Dailey have always supported me and gave me the drive to continue pursuing my dream when I was ready to quit on myself.  I also need to thank my collegiate coach Paul Cantabene. He was considered on the best faceoff men to ever play in the MLL. He believed I could compete in the MLL and his endorsement ultimately earned me a tryout with the Bayhawks.

As I mentioned before Anthony Kelly is someone who has mentored me throughout my career.  He is a guy that everyone wants in their locker room. I try to model a lot of what I do after him.  At the conclusion of my career I would love my legacy to be that I was an excellent teammate even over being remembered as an excellent player.

What has been the biggest challenge you’ve overcome to get to this point in your career?

Being a practice squad guy for three years was grueling. You don’t get paid, you get the bare minimum gear, and worst of all you have to watch other people play the game you love.  There were definitely times I considered walking away but it was my love of the sport that kept me around. I stopped worrying about making the dress roster and just started enjoying suiting up in practice against of the best players in the world. I really credit that attitude change to my eventual success. I started playing looser and as a result actually played better. The coaches took notice and as the say, the rest is history.

Do you have any businesses, products, etc. that you would like to promote through this article?

I would love to give a shout out Brine/Warrior/New Balance. They took a chance on me early in my career and outfitted me with the best gear in the game.