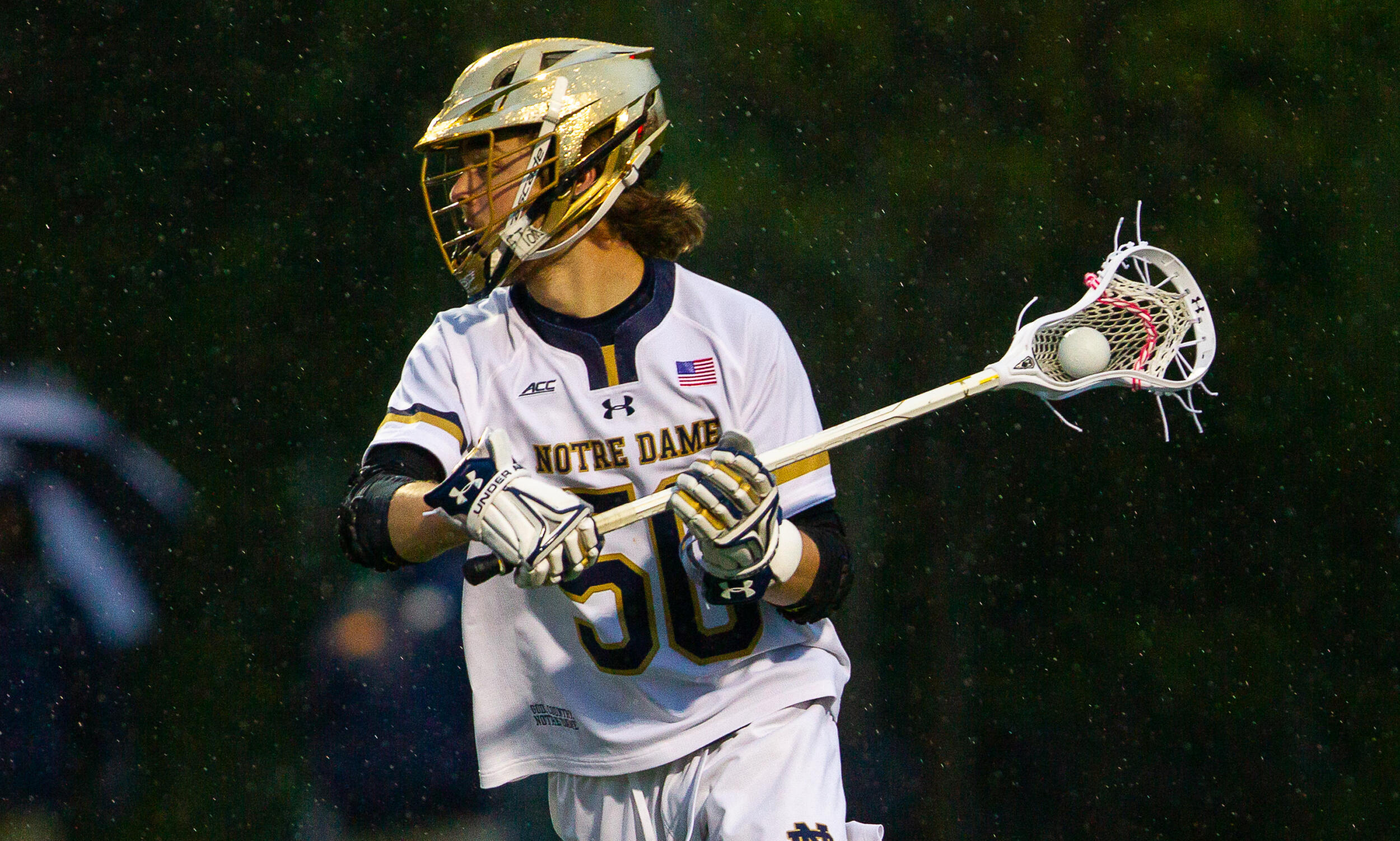 Hey everyone it’s Jake with LaxWeekly and welcome to today’s film breakdown where we uncover how the best lacrosse players do what they do.

We’re taking a look at the most exciting player in all of lacrosse, Ryder Garnsey. If you’ve been a lacrosse fan recently, you know how fun it is to watch this guy play the game.

There’s just a certain creativity and style of play you get when watching Garnsey that you don’t get from anyone else. Today, I’m going to break down some of that style and show you how you can put it in your own lacrosse game.

By the end of this article, you’ll see why Garnsey is so good and have tangible things that you can practice.

If you’d prefer to see a video version of this article, check out this video on my YouTube channel:

#1: How to Be Ryder Garnsey: Be Comfortable with Your Stick

The number one thing I notice when I watch Garnsey is just the sheer comfort level he has with his stick. You see all the time he has one hand on his stick and he twists and moves it in all of these different directions that nobody else can do, and this is no accident. T

his comfort level comes from having the stick with you at all times and just tons and tons of practice.

So like I said, this creativity is no accident, this comes from going in your back yard and just trying things out. Having fun. Visualizing different moves. It’s clear that Ryder has developed a love for the game, and I really respect that.

When you start to develop a passion for the game and think about it less like something you HAVE to do and something you GET to do, that’s when things start becoming really really fun. And that’s the point that I want to get you at.

#2: How to Be Ryder Garnsey: Increase Your Angle when you Shoot

Let’s move onto point #2, is that Ryder is always taking the extra step to greatness. This means that he’s constantly moving upfield to get better angles when he shoots. These extra steps and extra angle help him score way more goals, because, well, it’s easier to score when you have more goal to shoot at.

When you have a little bit of angle and some free space, it’s tempting to immediately take a shot. But don’t give into temptation, usually it’s best to take a few extra steps before you shoot. This is how you go from a mediocre player to a great player, these little adjustments.

Next time you’re at practice, tell yourself that you’re going to take at least two more steps than usual to shoot. Over time, you’ll get a feel for when you should and should not take these extra steps, and that’s crucial.

#3: How to Be Ryder Garnsey: “Slippery Shoulder”

So my next point, and I don’t know what to call this but I’m gonna call it slippery shoulder. If you notice, Ryder’s got this lean to him with his shoulder. He’s never going right at a defender, he’s always kinda slipping around them, hence the name slippery shoulder. I mean just look at this, he’s leaning on his defender. It’s almost like he’s ducking to get around them.

But this is actually a really good thing that he does, because it makes it really hard for defenders to push him, because then he’ll just slip right by them.

Ryder is certainly not the biggest, strongest or the fastest. He’s 5’7 so he’s not tall either. But he uses this to his advantage since being small means that you can be slippery and sneak around defenders. If you’re a smaller lacrosse player, don’t be discouraged at all, this can actually be good.

That’s what I love about lacrosse, it doesn’t matter what body type you are, you can be successful in this game.

Here’s how to learn the slippery shoulder. Find a buddy or a parent or someone who can play defense on you. One of those football practice dummies would work great. Or even a tree. Get creative.

Now practice leaning against them with your shoulder and just putting pressure into them. And then practice slipping around it to shoot. It’s gonna feel weird at first, but then it’s going to click, and you’ll just know how to do it. It’s really hard to explain this over text but hopefully you get what I’m saying. For Ryder, he practiced this so much that it’s second nature to him.

#4: How to Be Ryder Garnsey: Stick Protection

Now let’s move onto point #4, which is Ryder Garnsey’s stick protection. You notice he does an excellent job of always keeping his body between his stick and his defender. Pay attention to how he uses his shoulder to effectively shield his stick.

Also, Garnsey never drags his stick behind his head. Once he beats his defender, he keeps it front of him where the defender has no chance of getting to it.

Garnsey certainly plays flashy and takes a lot of risk, but I think his stick protection flies under the radar. If you’re an aspiring attackman, take pride in your stick protection. It’s gonna result in so many less turnovers and more goals. Also hang your stick back or it has a high likelihood of being checked.

#4: How to Be Ryder Garnsey: Confidence

And now to my final point #5, and this is my favorite point, is that Garnsey is absolutely fearless when he plays the game of lacrosse. It doesn’t matter who he’s up against, whether they just started playing lacrosse or they’re an All-American. He’s going 100% and he’s not afraid to match up against anybody.

Some people might call this arrogance or having a big ego and even Ryder admits he can be too overconfident. But honestly, you almost would rather have a player be too confident than too timid, in my opinion. Confidence is one of largest components of being a great lacrosse player. If you don’t believe in yourself, who else is going to believe in you? This is something I really struggled with in my own lacrosse game, but luckily I have a few tips for you to build confidence.

How to be a confident player: practice more than anyone!

Well, first off the easiest way to be confident is by putting more work in than the rest of your opponents. If you know you’re practicing more and getting more reps than your defender, well you should be confident, you worked harder than them.

How to be a confident player: communicate as much as possible

Here’s my other big tip for confidence. When a game starts, I immediately try to start communicating as much as possible. If I’m an attackman, I call out to my midfielder for the ball when they bring it to the offensive side of the field. When I’m riding, I’m talking to my other attackman about how we’re defending the clear. This communication will automatically make you more confident. When you’re commanding the ball and working with your teammates, you’ll naturally start to feel better, and thus more confident.

You should be working on developing confidence. Your mental game is just as important as your actual game. If you’re not in a game mentally, there’s no amount of skill that can overcome that.