The Secret to Becoming a Great Lacrosse Player 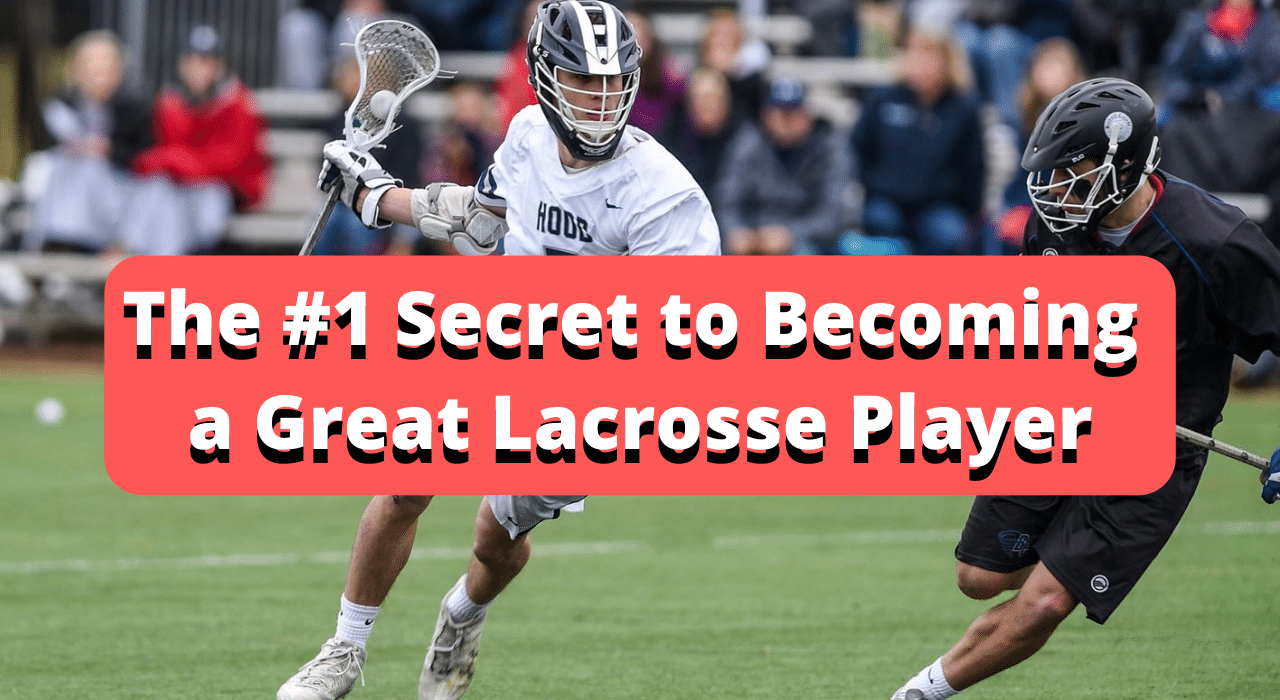 As lacrosse players, we all want to know the absolute best way to get better at the sport.

What makes some players become so much better than other players?

This is a question that’s always fascinated me and pushed me to study the best athletes from all different kinds of sports. And through this research I think I may have found the closest possible answer to that question and I’m really excited to share it with you today.

If you’d prefer to see a video version of this article, check out this video on my YouTube channel:

If you’re trying to be the best lacrosse player possible, you probably think the right thing to do is practice as much lacrosse as possible.

But this is actually not true, the secret to becoming a great lacrosse player is by playing multiple sports, not just lacrosse. If you only play lacrosse and nothing else, I am telling you right now that you will not be the best lacrosse player you can possibly be, and I can almost guarantee it.

For the rest of this article, I’m going to explain to you why this is and how you can use this secret to give yourself an edge over your teammates.

Before we get into any evidence, let’s look at some of the best lacrosse players in the world who played multiple sports. Patrick Spencer, one of the greatest college lacrosse players of all time, played lacrosse and basketball.

You can watch his basketball highlights and see very clearly how it’s affected his lacrosse game. With basketball, he is able to practice the vision and dodging ability that makes you a good lacrosse player.

Let’s look at another player, Jordan Wolf, easily one of the best attackman in the world right now. In high school, he played soccer and hockey in addition to lacrosse. This means for two thirds of the season he was playing a different sport than lacrosse, yet he’s a hall of fame lacrosse player. How?

It’s because soccer and hockey put him in competitive situations that helped him when he got onto the lacrosse field. These situations couldn’t be taught by doing more wallball, they were taught by playing other sports.

Evidence: Looking at other athletes

But that’s just evidence in lacrosse, let’s look at another sport, like football. Patrick Mahomes, super bowl champion, on track to becoming one of the greatest quarterbacks of all time. In high school, he played baseball and basketball in addition to football. He didn’t specialize in football when he was in 6th grade, he was playing other sports year round.

Now what about the most specialized specialists in the entire world – Olympians? Surely they just focused on their sport and nothing else.

Well it turns out, the olympics did a study and found a majority of Olympic athletes grew up playing multiple sports and did not specialize early, and these people are quite literally the best in the world at what they do, and they’re not even specializing as early as some of you lacrosse players are!

Ok so now that I’ve given you a little bit of evidence and stories from athletes in lacrosse and in different sports, let me explain why playing multiple sports will make you such a better lacrosse player.

Number one, if you play multiple sports, you will get way less injured than if you just play lacrosse. Many studies have shown that only playing one sport gives you a higher chance of injury, because you’re using the same muscles over and over again and not giving them a rest.

Each sport requires different movements and muscles, and therefore playing multiple sports works out all these muslces as opposed to just a few of them.

And it makes sense, if you play golf, I bet you’ll be able to shoot the ball harder than a lacrosse player who didn’t play golf, because you probably learned how to generate velocity with your hips and swing through the ball. You can’t learn that from only lacrosse.

Number three, if you play multiple sports, you will have a higher ceiling in whatever sport you end up specializing in. Think about it, we all know some teammate who’s been to every lacrosse camp, every clinic, every private coaching session, but still they never really improve. Why?

Because playing just lacrosse limits your potential. There’s only so much you can get better at. But when you play multiple sports, you create a higher ceiling which will elevate your play in lacrosse.

The final reason you should play multiple sports is because you’ll be way less burned out of lacrosse. Lacrosse is a tough sport, there’s so many things you have to be good at, passing, shooting, dodging, defense, that if you just play lacrosse, chances are you’re gonna get burnt out.

I am obsessed with lacrosse and pretty much think about it every day, and even I have had periods of time where I’m burnt out of the sport. It’s just human nature.

Make sure you give yourself at minimum a few weeks where you’re not touching your stick, and many players go even months without playing lacrosse. This time off will help you relax and recover and make the time when you are playing lacrosse much more enjoyable.

So, the secret to becoming great at lacrosse is by not playing lacrosse all the time. Go try other sports that interest you, literally any other sport. Golf, baseball, rock climbing, tennis, cross country – they would all be great complements to lacrosse. And when you play lacrosse, leave free time to have fun.

Play pick up games with your friends and get creative. You don’t need to do the same thing over and over again all the time.

5 Ways to Practice Lacrosse at Home By Yourself

Beginner Lacrosse Guide: Everything to Know