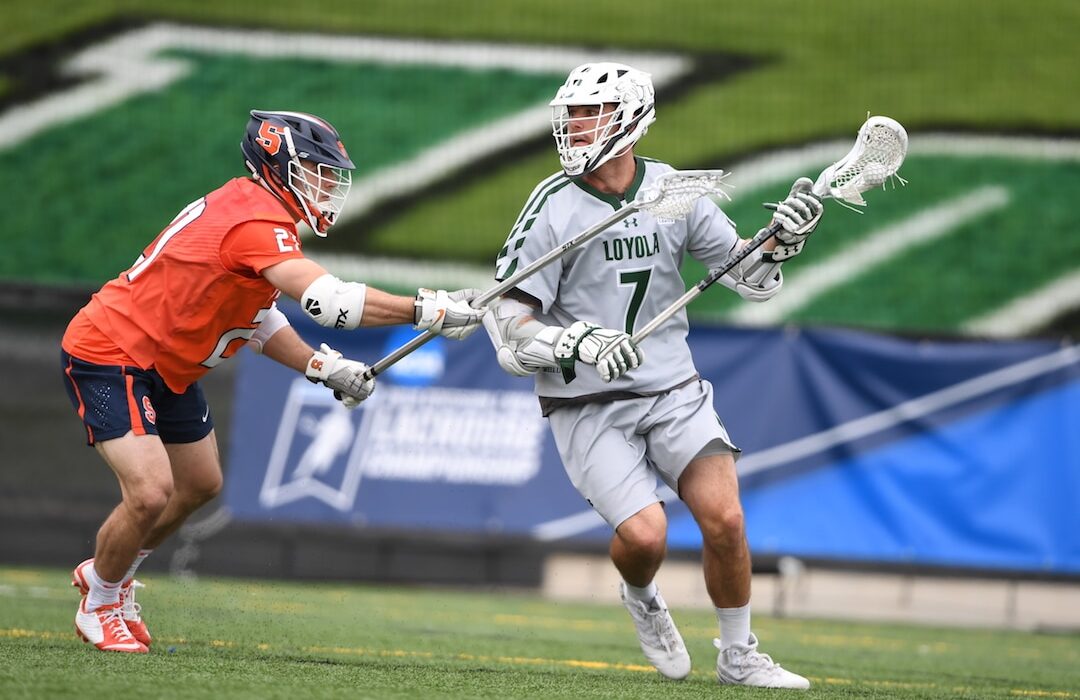 Hey everyone it’s Jake with Lax Weekly! Today we’re going to go over the top 5 BEST dodges in lacrosse.

These dodges are the most important to learn and the most effective!

Whether you’re a beginner or a college lacrosse player, these are 5 moves that you should have down cold before you move on to more advanced stuff. If you’d prefer to see a video version of this article, check out this video on my YouTube channel:

In this article, I’ll go over each dodge, why it’s effective, when to use it, and what types of players would find it the most useful.

If you’re new to the sport, I’d highly recommend taking some notes, and if you’re more advanced, I’d encourage you to read this article in full as I guarantee there’s something you can still learn.

Before we get started, would you mind if I sent you an email each week with film breakdowns and drills to become a better lacrosse player?

If the answer is yes, please go join the Lax Weekly email newsletter! Many of you have already subscribed to it recently which is incredible.  My goal is to help all of you become great at this sport that I love so much.

Instead of counting down, we’re going to start with #1. And the #1 dodge in lacrosse that you should all know how to do is the split dodge. It’s the foundation for every other dodge, and it’s the important dodge hands down.

Every lacrosse player can use the split dodge, but I think the guys who are super fast will find this the most useful dodge, since it’s really all about speed and quickness. If you’re a faster player, the split dodge should be your best friend.

The only knock I have on the split dodge is that you bring the stick in front of you, which means your stick is vulnerable and a defenseman has the opportunity to check the ball out of your stick. But that’s a nice segue into the second most important dodge you should know how to do, the roll dodge.

The roll dodge is another fundamental move that every lacrosse player, regardless of their position should know how to do. It’s similar to the split dodge in that many times you’re switching hands and changing direction, but this time you’re turning your back to your defender and rolling instead of facing him directly.

There are also many variations of the roll dodge, and my personal favorite is the inside roll. This is where you take your defender up the field and roll underneath him to get your hands free for a goal. Usually you keep the ball in your same hand as opposed to switching it. It’s nearly impossible to stop if you do it in the right situation, and it’s a common move used by attackman at all levels of lacrosse.

Just like the split dodge, everyone can use this move, but the guys who are really strong or big might find this move especially useful, since you can really use your leverage to get past your defender. In addition, really short attackman will find this dodge useful, as you can almost slip underneath your defender by rolling around him.

The roll dodge is usually done with less space and can actually be the most effective when your defender is draped all over you.

The great part about the roll dodge is that your stick is protected the entire time, which means that defenders will have a harder time getting the ball away from you. My only knock with this dodge is that your back is turned to your defender while you’re doing the move, which means you could get double teamed without you noticing. That’s why it’s always important to keep your head up when you’re dodging and try to anticipate when a slide might be coming.

For #3 we have the face dodge, another great move for all lacrosse players.

The face dodge is probably the simplest dodge on this list. When your defender is running at you, you bring the stick in front of your face and keep it in your same hand. Once you’re around your defender, you bring it back towards you and pass or shoot.

The best time to use the face dodge is when a defender takes a bad approach at you. You can quickly face dodge around them and score. This dodge should primarily be used when you’re off ball and you catch a ball and your defender runs at you. It would take too much time to switch hands so keeping it in the same hand is effective.

Outside shooters will find this move effective, as they usually work more off-ball than players who dodge. A lot of Canadians use this move because they’re known for only using their dominant hand instead of switching to their non-dominant hand. This move is also great in fast breaks when you quickly need to get around a defender.

So the split dodge, roll dodge and the face dodge are, at least in my opinion, the three foundational dodges in lacrosse. Pretty much other dodge is a combination or variation of these three dodges. And this is another great segue into my fourth dodge which is the re-dodge.

This is when you dodge once and maybe your defender stops you, so you get some space and dodge again, you re-dodge.

As you play higher and higher levels of lacrosse, it’s going to be difficult to get around your defender in one try, but the re-dodge can be effective at giving you another chance at scoring. A lot of times defenders are ready to slide to you when you first dodge, but if you re-dodge, the defenders are thrown off guard and don’t slide. I actually just made a film breakdown of a re-dodge that you can go watch now.

Finally at number 5 we have the question mark dodge, which is one of my favorite dodges in all of lacrosse. This is where you drive up towards the island which is around 5 yards up and 5 yards to the side of the goal, and then you turn around and shoot.

I’d compare this move to a step back in basketball – it’s a pretty difficult shot to do, but if you can do it right, it’s almost impossible to stop because the defender can’t get to your hands. The attackman who really made the question mark a go-to move is Rob Pannell, and I’d recommend that you watch some of his film.

If you want to see even more great dodges, you should join the Lax Weekly email newsletter where I send out the latest techniques and moves for offensive lacrosse players looking to get better. More than 300 people already have.

Those were the top 5 dodges in lacrosse for every offensive player to learn and master. If you have any questions or feedback, you’re always welcome to leave a comment and I will make sure to get back to you quickly.

Have an awesome day, I’ll see you next time.

The Top 10 Lacrosse Exercises to Elevate Your Game

Lacrosse Fundamentals: How to Pass the Lacrosse Ball